﻿ How to Talk about Physical Appearance?
Aprender Inglês

How to Talk about Physical Appearance? 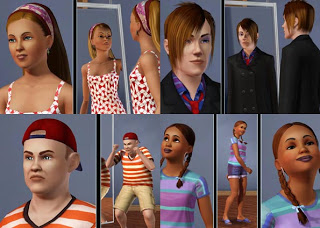 This article was written by M.J.Mardan

He is in hes thirties, I guess about 35.

A: Its quite long.

B: What color is it?

A: Its light brown. And its a little curly.

A: She likes to wear it really short.

B: Yeah? And is it straight or curly?

A: Curly. Really curly. You cant miss her when you see her.

A: Is she in her teems or her twenties?

B: I think she is in her twenties. She is really nice. Do you want to see her?

A: Its not very long but its very straight. And its sometimes green.

A: Tell me about your boy friend, Anne.

B: Well, his name?s Bob. He is 17. Let me see? Well, she?s got curly brown hair. He is not very tall?about average. But he is really good-looking.


He is average.
A: So, Bob, whats the new girl in the class like?

B: She?s pretty tall, about 170centimeters. She?s got glasses and short curly hair. I think she is about 20.

A: Whats her name?

A: So, tell me about your cousin, Paul.

B: Well, she is very pretty.

A: Really? Is she blond?

B: No, she?s got dark brown hair. Everybody likes her. She is an actress.

- Building A Sentence
A sentence is a group of words which starts with a capital letter and ends with a full stop (.), question mark (?) or exclamation mark (!). A sentence contains or implies a predicate and a subject. Sentences contain clauses. Simple sentences have one...

- Going Further: Describing Stuff In English
Sometimes you may be asked to describe something, what it looks like, and it?s function or purpose or what it isneeded for. For example, you may to talking to a person not up on the latest technological devises or telling someone about the newest time...

- My Top 10 Hair Band 80's Rock Albums Of All Time!
Remember not too long ago the days of the 80's? I do. Those were the best of times to be in High School and to be a long haired rock and roll drummer! We had our acid washed jeans. We had our ripped jeans with the white strands showing. Girls tried...

- Building A Sentence
A sentence is a group of words which starts with a capital letter and ends with a full stop (.), question mark (?) or exclamation mark (!). A sentence contains or implies a predicate and a subject. Sentences contain clauses. Simple sentences have one...