Myth #7"Studying pronunciation is not important" 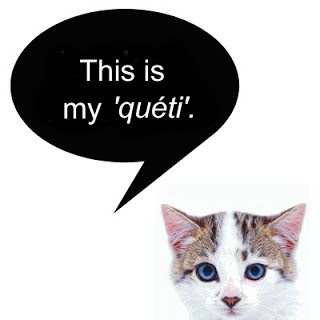 © Tomasz P. Szynalski, Antimoon.com
Many language learners assume their pronunciation is good enough because their teacher doesn't correct them too often or because other students can understand them.
Fact:
Those learners are often dead wrong ? for two reasons:
Most teachers ignore all but the biggest pronunciation mistakes of their students. Normally, they just let their students speak and interrupt them only if they just said something completely unintelligible. One of the reasons is that there is too little time to work on each student's pronunciation in class. Another thing is that teachers often don't know how to help students who have poor pronunciation. As a result, pronunciation is the most neglected subject in language learning.
If you're from Iran and other students in your class are from Iran, too, it will be easy for them to understand you, no matter how strong your Iranian accent is.
Because of the above, if you believe your pronunciation is good enough to communicate because it is good enough for your teacher and other students, you may be in for a nasty surprise when you actually go to a foreign country and try to communicate with native speakers. One of my friends was the best student in his English class in Poland. When he went to work in the United States, he found that Americans didn't understand half of what he said.
What if you're sure you can make yourself understood in a foreign language? Do you have any reason at all to study pronunciation?
Fact:
Yes, because your pronunciation may still be quite far from that of a native speaker. If this is the case, other people will have to make an effort to understand what you're saying, and will not be comfortable with you. They may even avoid you for this reason.
When I went to a language school in England, I myself didn't enjoy conversing with those students from other countries who kept mispronouncing English words. Sure, they would get their meaning across, but it would take me more effort than usual, and I was often forced to ask them questions to make sure I understood them correctly.
The bottom line: When I had the choice, I preferred to talk with people whose accents were close to British or American English. It was simply a much smoother and more pleasant experience.
A related problem is that if your pronunciation is "unnative", other people may unconsciously assume you're slow and treat you in a condescending way ? for example, talk to you more slowly and loudly, as if something were wrong with your comprehension.
Conclusions
In conclusion, don't think you can communicate in a foreign language until you've tested your skills on real native speakers (native speakers who are not your teachers). If you're sure your accent is understandable, aim for native or near-native pronunciation, so that people you talk to can have a smooth experience interacting with you. In order to achieve these goals, there's no doubt you will need to start thinking about pronunciation and spend time on it.
Source: www.antimoon.com

- Which Pronunciation Should We Teach Our Students? [part Two]
By Jennifer Let me address the teacher?s own speech in greater detail. This is an important factor to consider in answering our main question about which pronunciation we should teach our students. It is not so simple to say, for example, that standard...

- Which Pronunciation Should We Teach Our Students? [part One]
By Jennifer This question was posed by a woman training for her teaching certificate in an EFL program. Her background information is very relevant, and it prompts me to identify the most salient factor to be the context in which we are teaching: EFL...

- Myth #1: "the Best Way To Learn A Foreign Language Is To Go To A Foreign Country"
by Tomasz P. Szynalski, Antimoon.com A lot of people seem to think that being in a foreign country means that you automatically learn the country's language well. Perhaps the most prominent people who believe in this "common-sense truth" are European...