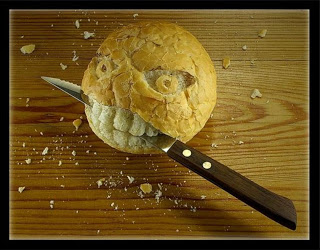 Roger Von Oech (1990) believes that creative thinking must be recognised as a process that involves both hard and soft thinking and that it is important to know when each is appropriate. He argues that every person has a ?judge? and an ?artist? within, and both are required in order to be creative. Even those who are very inventive, and thrive on spontaneity and uncertainty, also need to seek order and be analytical if they are to be successful.

It is now believed that the most powerful creative thinking occurs when the left and right hemispheres of the brain combine to apply both generative and evaluative processes.

Psychologists have been making a case for inborn creativity for many years. In 1957, Abraham Maslow referred to the concept of ?primary creativeness?. He claimed that creativity had roots in the subconscious and was the source of new discoveries. A growing number of researchers supported this viewpoint. Steven Pinker and Stanley Greenspan (1997) suggested that it is possible to identify potential for invention and creativity at a very early age. They believed that humans are genetically disposed to creativity.

Leaving scientific evidence aside, most of us would accept that young children typically display more of the qualities that are associated with creativity than adults. Children are naturally inquisitive and have a great capacity for imagination and fantasy - both integral elements of play. Young children explore, ask questions and are unafraid of being judged by others.

Howard Gardner believes each child, by the age of 7, has developed a capital of creativity upon which they subsequently draw throughout their adult lives, although this well of creativity can be topped up throughout life. The richer the initial capital the more easily creativity flows.

Vygotsky, on the other hand, suggests that young children?s creativity is less rich than that of adults because of their limited knowledge and the lower complexity of their cognitions. The creativity of children tends to be more subjective than that of adults. Children tend to create only for themselves, whereas adults create both for themselves and for the world in which they live. Edward De Bono suggests that the creativity typical of young children is a function of their innocence. If you do not know the usual approach, the usual solution, the usual concepts involved, then you are more likely come up with a fresh way of looking at things.

De Bono and others, however, promote the view that as children grow older, they become more affected by the views of others and this begins to inhibit their creativity. Their developmental schema of dawning realism around the ages of 8-10 years heightens the importance of what others think about their ideas. One of the main challenges for educationalists is how to help young people develop resilience around their creative ideas, whilst inviting others to assess, evaluate and contribute to them. The ability to work collaboratively and develop in creative partnerships are key skills for the 21st century.

Developing creativity
'We really need to stop considering thinking as simply ?intelligence in action? and think of it as a skill that can be developed by everyone.' Edward De Bono, 1982

De Bono believes that in order to foster creativity effectively we have to develop specific thinking techniques. He argues that although the brain is capable of great creativity and ingenuity, it is not designed first and foremost for this purpose and, as we grow older, it is more difficult to think laterally because thinking patterns become so well established and comfortable. Over the years, De Bono and other writers have promoted the view that creative thinking is something that can be developed by anyone and they have formulated a wide range of practical techniques to develop thinking skills.

The main messages
Creativity is about generating ideas or producing things and transforming them into something of value. It often involves being inventive, ingenious, innovative and entrepreneurial.

Creativity is not just about special people doing special things. We all have the potential to be creative and creativity is a skill that needs to be developed.

Most individuals believe they are not very creative. Creativity, however, is an increasingly valuable commodity in the modern world.

Creativity embraces both hard and soft thinking. The most powerful creative thinking occurs when the left and right hemispheres of the brain combine to apply both generative and evaluative processes.

The forming of collaborative, creative groups and partnerships helps to foster creativity.

- Top 10 Skills Children Learn From The Arts
By Valerie Strauss You don?t find school reformers talking much about how we need to train more teachers in the arts, given the current obsession with science, math, technology and engineering (STEM), but here?s a list of skills that young people learn...

- Art-sy Way To Learn English
EXPLOPRING ENGLISH BY KEITH W.WRIGHT It may be a creative craft to many but art can also be used to develop language skills. ART-BASED activities are often mistakenly viewed by some teachers as a ?recreation? or ?leisure time? activity. They see it...

- Research Summary - Fostering Creativity Iii
How important is creativity? 'Imagination is more important than knowledge.' Albert Einstein Whether creativity is a good thing or not depends on the use to which it is put and on the beliefs and value systems to which it is attached. There...

- About Creativity
What is creativity? Historically, creativity has been seen as a tortured and mystical process, the province of geniuses, artists and eccentrics. Today, we are less in awe of the creative process. Now, creativity is recognised as a practical skill, one...