﻿ What is input and why you need it
Aprender Inglês

What is input and why you need it 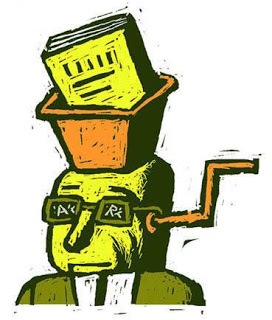 The model of language learning
Have you ever wondered how it is possible that you can speak your native language so easily? You want to say something (express some meaning) and correct phrases and sentences just come to you. Most of this process is unconscious: something just appears in your head. You can say it or not, but you don't know where it came from. This model explains how this is possible:

You get input ? you read and listen to sentences in some language. If you understand these sentences, they are stored in your brain. More specifically, they are stored in the part of your brain responsible for language.
When you want to say or write something in that language (when you want to produce output), your brain can look for a sentence that you have heard or read before ? a sentence that matches the meaning you want to express. Then, it imitates the sentence (produces the same sentence or a similar one) and you say your "own" sentence in the language. This process is unconscious: the brain does it automatically.
Comments on the model
Of course, this model is very simple. The brain doesn't really look for whole sentences, but rather for parts of sentences (phrases). It can build very complicated and long sentences from these parts. So it doesn't just "imitate" one sentence at a time. It uses many sentences at the same time to build original sentences.

The brain can also do more advanced transformations. If you give the brain these three sentences,

Fishing for salmon is relaxing.
Here, a noun phrase with a gerund ("fishing for salmon") was substituted for a regular noun (golf). As a result, we got an original sentence which doesn't look too similar to any of the three input sentences.

But these considerations don't change the most important fact: The brain needs input. The more correct and understandable sentences it gets, the more sentences it can imitate and the better it gets at making its own sentences.

The model describes the process of a child learning its first (native) language. The child listens to its parents and other people. The child's brain collects sentences and gets better and better at producing its own sentences. By the age of 5, the child can already speak quite fluently.

But the same model works for learning a foreign language. In fact, we think it is the only way to learn a language well.

The brain produces sentences based on the sentences it has seen or heard (input). So the way to improve is to feed your brain with a lot of input ? correct and understandable sentences (written or spoken). Before you can start speaking and writing in a foreign language, your brain must get enough correct sentences in that language.
Output (speaking and writing) is less important. It is not the way to improve your language skills. In fact, you should remember that you can damage your English through early and careless output.
You don't need grammar rules. You learned your first language without studying tenses or prepositions. You can learn a foreign language in that way, too.
How input can change your English
If you read a few books in English, you will see that your English has become better. You will start using new vocabulary and grammar in your school compositions and e-mail messages. You will be surprised, but English phrases will just come to you when you are writing or speaking! Things like the past simple tense and how to use the word since will become part of you. You will use them automatically, without thinking. Correct phrases will just appear in your head.

It will be easy to use English, because your brain will only be repeating the things that it has seen many times. By reading a book in English, you have given your brain thousands of English sentences. They are part of you now. How can you make a mistake and say feeled, if you have seen the correct phrase (felt) 50 times in the last book you've read? You simply cannot make that mistake anymore.

You will surely notice an improvement at your next English test. For example, in multiple choice questions, you will "feel" which is the correct answer. You may not know "why" it is correct (you will not be able to give a rule for it), but you will know it is correct. You will know because you will have read it many times.

This is true for all words and grammar structures. If you read in English, you can forget about grammar rules. Throw away your grammar book! You don't need to know the rules for the present perfect tense. You don't even have to know the name "present perfect tense". Instead, read a few books in English, and soon you will feel that "I have seen Paul yesterday" is wrong, and "I saw Paul yesterday" is correct. The first sentence will simply sound wrong. How? Simple. Your brain has seen the second kind of sentence 192 times, and the first kind 0 times.

How I realized I was a native speaker
I'll never forget the first time that I opened Michael Swan's Practical English Usage (an excellent English grammar/usage reference book). It was at the end of high school and I was already very good at English. The book was full of English grammar and usage problems like "when should you use below and when under?" and "what sort of things can you express with the word must?". For each problem, there were example sentences (showing the correct and incorrect way to say something) and rules such as "Use under when something is covered or hidden by what is over it, and when things are touching".

I browsed through the book, looking at page after page. When looking at an incorrect example, I'd think "Of course that's wrong; it sounds awful". When looking at a rule, I'd think "Oh, I didn't know there was a rule for that". Page after page, I had the impression that I didn't know any of the rules in the book, and... I didn't need them! (And I couldn't learn all of them even if I wanted to.) I could just look at a sentence and tell if it sounded good or not.

I was like a native speaker of English. By reading books, watching TV, listening to recordings, etc. I had gotten lots of input and developed an intuition for English.

There are many examples of people who have become close to native speakers because of intensive input ? for example, Michal, me, and the other authors in the Successful English learners section. You can also read about two interesting cases from a scientific article by Stephen Krashen.

- Why You Need To Take Charge Of Your English Learning
@ Tomasz P. Szynalski, Antimoon.com Before you can start speaking and writing in English, you have to learn how things are said in English. You do this by getting input ? reading and listening to the correct English sentences of other people (ideally,...

- What Is Necessary To Learn English Well?
This article was written by Leila Moghbel Learning English requires action. You may know all the learning tips, but if you don?t start doing things, you will achieve nothing. The fact is, if you want to learn to speak English well, you must change your...