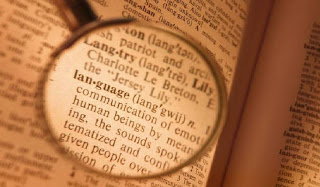 Inspired by a comment by a Listverse contributor on a recent list dealing with Untranslatable words, I decided to submit my first official Listverse list on words that represent concepts which are hard to translate from English into other languages. The fact that there?s hundreds of words that are only found in English shouldn?t surprise you at all. The Oxford English Dictionary lists over 250,000 distinct words, not including many technical or slang terms, making English one of the richest languages (if not the richest) in terms of vocabulary. Below some examples of words that represent a challenge when attempting translation. Many of them now serve as loanwords to other languages.
10. Pimp
Before all our Multilingual folks start complaining, allow me to clarify that I?m referring to the transitive verb (not the noun): ?pimp?, which roughly means ?to decorate? or ?to gussy up?. This verb was made popular by T.V shows like: Pimp My Ride. Although this term was to pay homage to hip-hop culture and its connection to street culture, it has now entered common, and even mainstream, commercial use. The Spanish slang ?Pompear?, used in a few Latin-American countries, evolved as a direct derivation with a close meaning.
9. Auto-tuned
We are all familiar with those unnatural, robot-pitched voices coming out of singers over the last 10 years or so. So much so that we?ve coined a term for it (unlike most languages). This adjective describes a ?singer? whose off-key inaccuracies, and out of tune mistakes, have been digitally disguised so that it appears to perform perfectly. Because it is a relatively new term the adjective is pretty much untranslatable.
8. Trade-off
This term describes a situation in which one must lose some quality in exchange for another quality. It involves a decision in which a person fully understands the advantages and disadvantages of each choice. The term is particularly difficult to translate into any language without using over 5 words or explicitly explaining a scenario
7. Spam
It is unlikely that you don?t know the definition of spam, but here it goes anyway. Spam is the use of electronic messaging systems to send unsolicited bulk messages indiscriminately. No other language has a single, non-derivate word for this concept, in fact the word spam itself is in common use in most languages as a loanword. Spam is, of course, also a term for a canned meat. Delicious.
6. Bromance
Here is a kind of a retro-term that is no longer in common use. Coined in the 90?s, this term describes a very intimate but non-sexual relationship between two (or more) men. In many cultures, including American, Bromance is mistaken for homosexuality and therefore no other culture has coined a term to describe this unusual relationship. Although the term can be described in most languages, no language other than English has a word for it.
5. Facepalm
This popular term describes the gesture of slapping the palm of one?s hand to the face, in a show of exasperation. The term is in common use in the English language, but, surprisingly, no other language seems to have an original term for this fairly common act.
4. Kitsch
Kitsch defines any art that is considered an inferior copy of an existing style. The term is also used in a more free manner when referring to any art that is pretentious, outdated or in bad taste. With the single exception of German (from whence it comes to English) the term is untranslatable into any language.
3. Gobbledygook
This word is defined as any text containing jargon, or especially convoluted English, that results in it being excessively hard to understand, or even incomprehensible. The term was coined in 1944, by former US Representative Maury Maverick (pictured above). Even for professional literature translators this word represents a challenge.
2. Serendipity
Serendipity is any discovery that?s unexpected yet fortunate. You can also call it a lucky find, coincidence or accident. The word has been voted as one of the ten English words that were hardest to translate in June 2004, by a British translation company. However, due to its sociological use, the word has been exported into many other languages.
1.   Googly
A googly (a term in the game of cricket) is a type of delivery bowled by a right-arm leg spin bowler. The googly is a major weapon in the arsenal of a leg spin bowler, and can be one of the bowler?s most effective wicket-taking balls. It is used infrequently, because its effectiveness comes mostly from its surprise value. The term is so exclusive to the English language that the Wikipedia article about is not available in any other language. If it were to be translated to a language like, perhaps, Spanish the word would come out like: ?Tiro de Cricket curvado hecho por un tirador con la derecha.? or Curved Cricket shot made by a bowler with its right hand.
Source: http://listverse.com/2011/07/13/10-hard-to-translate-english-words/
--

- Learn A Language? Why? Which? How?
Why learn a language?Travel Even a little knowledge of the language can make a difference in attitude when you meet people from other countries. Speaking another language helps to break down barriers.Work and business It can help you give an added advantage...

- The Importance Of Reviewing
By Kane Depending on your point of view regarding the acquisition of another language, successful learning can be attributed to a number of factors: Materials studied, Appropriate level of said material, Teaching style/method and effectiveness of it...