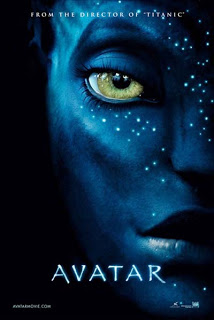 Avatar - even in 2D - reportedly too hot a property for China censorsPatriotic biopic of Confucius to replace blockbuster that draws parallels officials fear may cause unrest, report says

China is to pull the plug on screenings of Avatar at most cinemas and replace the Golden Globe-winning film with a patriotic biopic on the life of Confucius, according to reports.

Hong Kong's Apple Daily said the state-run China Film Group has ordered cinemas across China to stop showing the 2D version of the film and to show only the 3D edition, amid concerns from China's censors that it could cause unrest. Because there are so few 3D cinemas on the mainland, the order effectively prevents general distribution of the James Cameron blockbuster.

Parallels have reportedly been drawn between the plight of the Na'vi, who face the threat of eviction from their woodland home, and those in China vulnerable to displacement by predatory property developers.

Bloggers are speculating about the toll Avatar could inflict on home-grown films. The Confucius picture is directed by Hu Mei and stars Chow Yun-fat as the sage.

"The Central Publicity Department is said to have issued an order to the media prohibiting it from hyping up Avatar," the newspaper said.

The film opened on 4 January to queues across the country, with Imax cinemas said to be booked for weeks ahead. It was due to run until 28 February, including over Chinese new year. Instead, the reports said, the 2D version will close on 23 January.

According to one reputable blog, the Wuxi Big World Cineplex posted the following notice to its website: "China Film Group Company and the distribution network have given notice that Avatar (all versions) will close immediately on 23 January all across the country! We ask your understanding! Viewers who have purchased tickets for the 23rd and the 24th may obtain a refund from the box office before the 22nd! To satisfy the viewing needs of the audience, the cinema will add midnight showings from the 21st and 22nd. Grab them quickly!"

The posting was later taken down, with the China News Agency, which spoke to the cinema, saying it had been an error. The 2D Avatar was to close on the 23rd but 3D showing would continue.

- The Great Pretenders: China?s ?unfire-able? English Teachers
By Monica Tan ?I?m hungover every time,? said Michael Weiler with a grin. Michael is a 20-year-old English teacher in Beijing, and every Saturday at 10am he tutors a 14-year-old Chinese girl called Daisy. ?Sometimes I?ll go straight from partying...

- Expanding Horizons: New Languages For The Elderly
By Jeff Anderson  Learning a second-language opens up a whole new world: New ways of thinking, new cultures and new experiences all become possible for second-language learners. These awesome opportunities are especially accessible to retirees,...

- Down Under By Bill Bryson
Flying into Australia, I realized with a sigh that I had forgotten again who their Prime Minister is. I am forever doing this with the Australian PM - committing the name to memory, forgetting it (generally more or less instantly), then feeling terribly...

- Down Under By Bill Bryson
Flying into Australia, I realized with a sigh that I had forgotten again who their Prime Minister is. I am forever doing this with the Australian PM - committing the name to memory, forgetting it (generally more or less instantly), then feeling terribly...