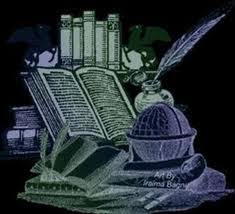 The prolific British language writer, David Crystal, has produced another winner: A Little Book of Language (now out in paperback), which Publishers Weekly calls "the perfect primer for anyone interested in the subject." In this excerpt, Crystal explains how language changes, from vocabulary to grammar.
All living languages change. They have to. Languages have no existence apart from the people who use them. And because people are changing all the time, their language changes too, to keep up with them. The only languages that don't change are dead ones. Even so, it's possible to bring a language back from the grave and make it live ? and change ? again.
Why does a language change? Sometimes the reason is obvious. If we invent something, we need a name for it, and at that point a new word comes into a language. Think of some of the words that have become widely used in English to talk about new developments during the early years of this century. Many of them are to do with the internet: Google, blogging, texting, SMS, iPhone, instant message, Facebook, Twitter.
If we could time-travel back to 1990, and talk to the people, we'd have to make sure we didn't use any of these words, as they wouldn't know what we were talking about. Dr. Who must have this problem all the time!
We'd notice something else, as we traveled back in time. The people wouldn't understand all our words; but sometimes we wouldn't understand theirs. Imagine our time machine arriving in, say, 1850. We'd hear conversations like this:
We're coming in our brougham. The Smiths will be in their clarence. And the Browns will probably come in a landau.
What are broughams (pronounced 'brooms') and clarences and landaus? Types of horse-drawn four-wheeled carriages, popular in the second half of the nineteenth century. People stopped using them when motor cars were invented ? though we'll sometimes see one on special occasions, such as when the Queen of England visits Ascot races.
New words come into use. Old words go out of use. This is a pattern we see in every area of human knowledge and every part of society. The old words never disappear entirely, of course. We see them every time we read an old book, and hear them whenever we go to see a play written a long time ago. Several people in Shakespeare's plays are called 'arrant knaves.' We'd say something like 'complete villains' in modern English. People stopped saying 'arrant knaves' around 300 years ago. But these words are still there in the plays, waiting for the actors to breathe new life into them.
Vocabulary is the area where we most often notice the way language changes, because each year hundreds of new words arrive in a language. We only come across a few of them in everyday life, of course. Most new words are technical terms to do with specialized areas of knowledge we don't know anything about, or they're slang words which are used by a very small group of people. 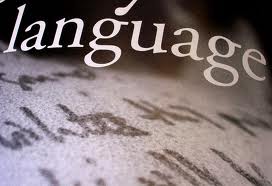 But every year we find ourselves using a few words and phrases that we never used before. Hardly anyone had met the term credit crunch before 2008. Then suddenly everyone was using it. Each year the dictionary-writers publish lists of the latest words to come into the English language. Over the past few years they include sudoku, bling, plasma screen, and blog. I wish I could say what new words are going to come into English in 2010. Unfortunately, I'm writing this book in 2009 and I can't see into the future. But by the time you get to read it, you'll know.
Every part of language changes. It's not just the words. Grammar changes. Pronunciation changes. The way we talk to each other changes. Even spelling and punctuation change. But not everything changes at the same rate.
When a new word comes into a language, it can be picked up and used by everyone within a few days. If it starts being used on the internet, millions of people can be using it within a few hours. Changes in the other areas of language take much longer. It might take 100 years or more before a change in grammar comes to be used by everyone.
Let's go back again in time to the nineteenth century. The novelist Jane Austen was writing in the early 1800s. Here's a sentence taken from one of her letters:
Jenny and James are walked to Charmouth this afternoon.
We couldn't say that today. These days we'd have to say:
Jenny and James walked to Charmouth this afternoon.
Nobody can say for sure when the 'are walked' way of talking stopped being used and the other way took over. We see it being used less and less during the nineteenth century, and then it just disappears.
Over the past 200 years lots of small changes like this have taken place in the way we construct sentences. Here are two more exam­ples of old usages from Jane Austen. What would we say today?
Shall not you put them into our own room?
Mr Murray's letter is come.
I think we'd say 'Won't you put them in our room?' and 'Mr Murray's letter has come.'
It takes a while for a change in grammar to spread throughout society. To begin with, just a few people use the new form, then a few more, and slowly it becomes the new way of talking and writing. But, as with any new development, not everyone likes it.
People who are used to the old way of talking often dislike the new usage. Indeed, they can get very, very cross about it, and try to persuade everyone not to use it ? usually by writing letters to the newspapers or complaining to a broadcasting company every time they hear the new usage on the radio or television.

They're wasting their time, of course. A new usage arrives when most people in a society decide to use it. In the case of English, that means millions and millions of people. Writing a letter of complaint to the BBC might make you feel better, but it won't stop the change taking place.

- Origins Of English Language
Written by TUBA ?NCE We speak English but do we know where it comes from? I didn?t know until I started to study on this subject and I learned where it comes from and how it has developed. The history of English begins a little after A.D. 600. The ancestors...

- Your Biggest Challenge In Learning English
Author: Amber; Do you remember all of the people who told you that English is one of the hardest languages to learn? Well, they were right. This does not mean you can?t learn it. It only means that there are some challenges you will have to overcome.....

- Speaking Versus Writing
THE PEN IS MIGHTIER THAN THE Spoken WORD. OR IS IT? Josef Essberger The purpose of all language is to communicate - that is, to move thoughts or information from one person to another person. There are always at least two people in any communication....