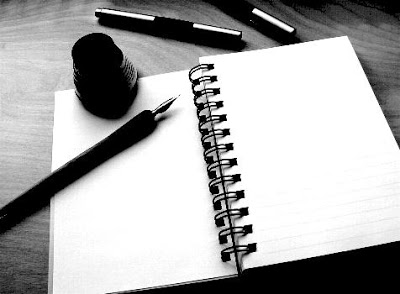 THE PEN IS MIGHTIER THAN THE Spoken WORD. OR IS IT?
Josef Essberger

The purpose of all language is to communicate - that is, to move thoughts or information from one person to another person.

There are always at least two people in any communication. To communicate, one person must put something "out" and another person must take something "in". We call this "output" (>>>) and "input" (<<<). ?I speak to you (OUTPUT: my thoughts go OUT of my head). ?You listen to me (INPUT: my thoughts go INto your head). ?You write to me (OUTPUT: your thoughts go OUT of your head). ?I read your words (INPUT: your thoughts go INto my head). So language consists of four "skills": two for output (speaking and writing); and two for input (listening and reading. We can say this another way - two of the skills are for "spoken" communication and two of the skills are for "written" communication: Spoken: >>> Speaking - mouth <<< Listening - ear Written: >>> Writing - hand <<< Reading - eye

What are the differences between Spoken and Written English? Are there advantages and disadvantages for each form of communication?

Status When we learn our own (native) language, learning to speak comes before learning to write. In fact, we learn to speak almost automatically. It is natural. But somebody must teach us to write. It is not natural. In one sense, speaking is the "real" language and writing is only a representation of speaking. However, for centuries, people have regarded writing as superior to speaking. It has a higher "status". This is perhaps because in the past almost everybody could speak but only a few people could write. But as we shall see, modern influences are changing the relative status of speaking and writing.

Differences in Structure and Style We usually write with correct grammar and in a structured way. We organize what we write into sentences and paragraphs. We do not usually use contractions in writing (though if we want to appear very friendly, then we do sometimes use contractions in writing because this is more like speaking.) We use more formal vocabulary in writing (for example, we might write "the car exploded" but say "the car blew up") and we do not usually use slang. In writing, we must use punctuation marks like commas and question marks (as a symbolic way of representing things like pauses or tone of voice in speaking).

We usually speak in a much less formal, less structured way. We do not always use full sentences and correct grammar. The vocabulary that we use is more familiar and may include slang. We usually speak in a spontaneous way, without preparation, so we have to make up what we say as we go. This means that we often repeat ourselves or go off the subject. However, when we speak, other aspects are present that are not present in writing, such as facial expression or tone of voice. This means that we can communicate at several levels, not only with words.

Speaker & Listener / Writer & Reader
When we speak, we usually need to be in the same place and time as the other person. Despite this restriction, speaking does have the advantage that the speaker receives instant feedback from the listener. The speaker can probably see immediately if the listener is bored or does not understand something, and can then modify what he or she is saying.

When we write, our words are usually read by another person in a different place and at a different time. Indeed, they can be read by many other people, anywhere and at any time. And the people reading our words, can do so at their leisure, slowly or fast. They can re-read what we write, too. But the writer cannot receive immediate feedback and cannot (easily) change what has been written.

How Speaking and Writing Influence Each Other
In the past, only a small number of people could write, but almost everybody could speak. Because their words were not widely recorded, there were many variations in the way they spoke, with different vocabulary and dialects in different regions. Today, almost everybody can speak and write. Because writing is recorded and more permanent, this has influenced the way that people speak, so that many regional dialects and words have disappeared. (It may seem that there are already too many differences that have to be learned, but without writing there would be far more differences, even between, for example, British and American English.) So writing has had an important influence on speaking. But speaking can also influence writing. For example, most new words enter a language through speaking. Some of them do not live long. If you begin to see these words in writing it usually means that they have become "real words" within the language and have a certain amount of permanence.

Influence of New Technology
Modern inventions such as sound recording, telephone, radio, television, fax or email have made or are making an important impact on both speaking and writing. To some extent, the divisions between speaking and writing are becoming blurred. Emails are often written in a much less formal way than is usual in writing. With voice recording, for example, it has for a long time been possible to speak to somebody who is not in the same place or time as you (even though this is a one-way communication: we can speak or listen, but not interact). With the telephone and radiotelephone, however, it became possible for two people to carry on a conversation while not being in the same place. Today, the distinctions are increasingly vague, so that we may have, for example, a live television broadcast with a mixture of recordings, telephone calls, incoming faxes and emails and so on. One effect of this new technology and the modern universality of writing has been to raise the status of speaking. Politicians who cannot organize their thoughts and speak well on television win very few votes.

English Checker
?aspect: a particular part or feature of something
?dialect: a form of a language used in a specific region
?formal: following a set of rules; structured; official
?status: level or rank in a society
?spontaneous: not planned; unprepared
?structured: organized; systematic Note: instead of "spoken", some people say "oral" (relating to the mouth) or "aural" (relating to the ear).

- Practising English Outside School
By Josef Essberger When you are learning English, it is very important to use and practise your English as often as possible. If you are studying in a school, you have some good opportunities to practise. But what can you do after school, or if you are...