﻿ How to Fake a Convincing American Accent
Aprender Inglês

How to Fake a Convincing American Accent 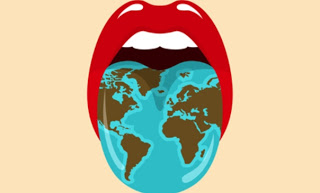 Edited by Brigitta M
1 - Determine the region you wish toimitate. Knowing the difference between a Texans drawland the southern style of someone from Mississippi or Tennessee can make aworld of difference. Midwestern accents from areas such as Chicago, Illinois,Milwaukee, Wisconsin, and St. Paul, Minnesota vary as well. The New York accentmay be one of the most distinct American accents, and the Bostonian accent isalso well-known.
2 -  Learn key phrases from the regionyou wish to imitate. A southernconstant is the word "y'all," which is a contraction of "youall" and used as a plural form of "you." If from Pittsburgh,Pennsylvania, people will say "yinz" or "yunz" whenreferring to "you plural." Massachusetts and some other New EnglandStates use "wicked" to show intensity of action, "That was awicked bad car accident." or "That test was wicked easy."Massachusetts also has the famous Boston accent. One phrase to say in that is,"Park the car at Harvard Yard and get a cup of coffee," but say allthe a's long. So, it would end up sounding like, "Pahk the cah in Hahvehdyahd and get a cup of caffee.".


3 - Study films made by independentcompanies that were born and bred in the region you wish to imitate. For example, if you wish to speak with aMississippi accent, find a film that is both located in and produced by acompany based in Mississippi.
4 -  Practice the key words and phrases,taking special care to notice where you place stresses and drop or add letters(for example, Wisconsinites have a tendency to add the letter "t" atthe end of words that end with a double-s, like "acrosst" instead of"across" and Connecticuters tend to either drop the "d" orstress on it less when in the middle of a word like "ranom" insteadof "random")


5 - If going for a "ValleyGirl" way of speaking (girls), say things such as "like" (as aninterjection), "oh my god", and "a lot." (for example, So I was, like, walking downthe street, and this guy was wearing, like, the weirdest hat, I was like 'Oh mygod' cause, yeah.) Many modern-day teenage and pre-teen girls also speak likethis. Valley Girl speech did not hit America until the 1980s and was copiedstraight from the movies. Elders and adults should not speak like Valley Girlsand prefer not to. Some people find makingthe Valley Girl accent offensive.
6 - When trying to convince people of your American-ess, it's helpful to know the vocabulary of who you're conversing with. Americans say "truck" instead of "lorry," "faucet" instead of "tap," "toilet" or "bathroom" instead of "loo," and so on. Also, use "instead" rather than "rather" (or instead of, I should say), and "soda" instead of "pop." (Although in some parts of America, mainly the North, people have been known to say the latter). In places like western New York, the words are used interchangeably. Also keep in mind the words people use often that aren't used in your home country.
7 - Know that the same word is pronounced differently in different states. In New Jersey (or other atlantic states.) , we say "wudder," unlike the rest of the country, which calls it "wahter." Florida says "wader."


8 - Keep an eye on region-specific terms. For example, in northeastern Pennsylvania, people drink soda instead of pop and eat hoagies rather than subs. Sites like this Dialect Surveycan be of use.
9 - Similarly, most of the country says "co-ffee" but in some areas of New Jersey/New York, they say "caw-ffee."


10 - In Chicago, instead of saying "Where are you?", we'll say "Where are you at?". Also, people with very strong Chicago accents may hiss their s's, and add s's at the end of store names. Examples: Jewel becomes Jewels, Jewel-Osco because Jewel-Oscos, Walmart becomes Walmarts, Target becomes Targets, etc.
11 - In the Midwestern accent, it's typical for people, especially the older generation, to occasionally slip up and say "warsh" for "wash," as in "I warshed (washed) my clothes in the Warshington (Washington) river." They also tend to speak with a very soft southern twang, as in their pronunciation of nothing ("nuthen") and use of "ain't."


12 - Maryland has accents within their own accent. Watch out of people who think they can do a Baltimore accent. They usually cannot unless they are not trying.

13 - Some accents are easier to imitate than others. For example, unless you are a frequent visitor or live in or around the New Orleans area, avoid doing a Cajun accent until you are absolutely positive you have it down cold. Good imitators are few and far between and any variations are quickly spotted as fakes by the natives.