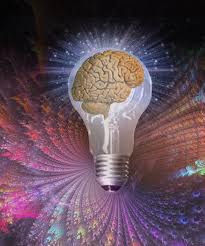 
Creativity can mean different things to different people. For some it means being imaginative or inventive, taking risks or challenging convention. For others it is about original thinking or producing something that nobody has come up with before. Some believe that the term 'creativity' only applies only to those who possess artistic talents.

Traditionally, creativity has been associated with the achievements of extraordinary people such as Mozart, Einstein and Leonardo Da Vinci, and a good deal of the early research into creativity has focused on the work of highly creative people or those considered to be geniuses.

Focusing on extraordinary individuals, however, simply perpetuates the myth that creativity is about special people doing special things. Research shows that there is no specific personality type associated with creativity. It is possible to be creative in any activity that engages our intelligence because intelligence itself is essentially creative. Creative processes are rooted in the imagination and our lives are shaped by the ideas we use to give them meaning. We all have creative capacities but in many instances we do not know what they are or how to draw on them.

Broadening the meaning of creativity

In recent years researchers and educational writers have extended the general meaning of creativity so that it incorporates ideas about inventiveness and imagination.

This reflects a growing acceptance that creativity it is not simply about coming up with big ideas, but coming up with practical solutions to everyday problems and then applying them to real life situations. Everything around us - our homes, cities, medical services, transport and communication systems - are conceived and developed by practical people who know how to implement creative ideas. Creativity can be readily associated with a wide range of everyday tasks and activities, and the importance of creativity at a personal level is often greatly underestimated.

?Hard? and ?soft? thinking are terms often associated with creativity and they reflect the neurological processes associated with different hemispheres of the brain. Research suggests that the right side of the brain is visual and processes information in an intuitive and simultaneous way, looking first at the whole picture then the details (soft thinking). The other hemisphere - the left brain - is verbal and processes information in an analytical and sequential way, looking first at the pieces then putting them together to get the whole (hard thinking).

- Art-sy Way To Learn English
EXPLOPRING ENGLISH BY KEITH W.WRIGHT It may be a creative craft to many but art can also be used to develop language skills. ART-BASED activities are often mistakenly viewed by some teachers as a ?recreation? or ?leisure time? activity. They see it...

- Research Summary - Fostering Creativity Iii
How important is creativity? 'Imagination is more important than knowledge.' Albert Einstein Whether creativity is a good thing or not depends on the use to which it is put and on the beliefs and value systems to which it is attached. There...

- About Creativity
What is creativity? Historically, creativity has been seen as a tortured and mystical process, the province of geniuses, artists and eccentrics. Today, we are less in awe of the creative process. Now, creativity is recognised as a practical skill, one...