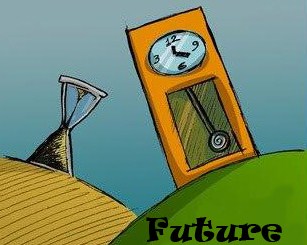 There are many ways of talking about the future in English. Which way you choose depends on how you see the future. Is the future event planned or unplanned, a schedule, or a prediction?

If something has already been planned, use going to with the verb, or the Present Continuous tense.
"I'm going to take my exams next month."
"He's visiting a client on Tuesday."

When we decide to do something at the moment of speaking, we use will.
"The phone's ringing ? I'll answer it."
(You only answer the phone when it starts ringing.)

When we want to talk about a schedule, we use the Present Simple tense.
"The plane leaves in half an hour ? we'd better hurry."
"Next week I fly to Italy, then on Tuesday, I'm in Spain."

Events in progress at a time in the future

To talk about something that will be in progress at a time in the future, use will be doing.
"For example, "This time next week, I'll be sitting on a plane."
We can also use this form to make polite requests.
"Will you be using the car tomorrow?"
(If you won't, can I use it?)

Events that will be completed by a time in the future

If you want to say that something will be completed by a time in the future, use will have done.
"I'll have finished the report by this afternoon."

Many learners of English overuse will and going to. Try using all the different future forms so that you become more confident.
Source; http://www.english-at-home.com/grammar/using-future-forms/