﻿ English Slang ? Be Careful When You Use It
Aprender Inglês

English Slang ? Be Careful When You Use It 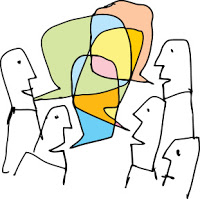 Millions of people around the world are trying to learn English or to improve their English.  There are a few things to be careful of when learning English.
One frustrating thing can be learning how to use English slang properly.  If you learn to use it correctly, your English will sound very natural.  If you use it wrong, you might sound like you were raised in a bad environment and find it hard to get a job.
I remember when I was in the military and one of my fellow soldiers married a woman who spoke no English.  The English she learned was from him and his choice of movies.  The problem was, he spoke bad English slang and his choice of movies were full of colourful language (that means lots of swearing.)  After being married to this man for approximately a year, I had the opportunity to speak with his wife.  It was shocking!
We have a phrase in the USA ? that person talks like a truck driver!  This is not an indictment on truck drivers.  We all know there are many educated and well speaking people who drive trucks, but the stereotype is that they are uneducated.  This woman, who might have spoken like an educated proper lady in her home country, had now learned such bad English slang that it was going to have a tremendous effect on her life when she got to the USA.  The jobs she could get would be limited and the friends she would acquire would also now be limited.  A typical American would be shocked to listen to her, and probably not let them near their children!   But this woman thought it was normal.  This is an example of what learning bad English slang can do.
If you want to learn English slang so you can speak more natural, you need to make sure you know if it is good slang or bad slang.  People learn English so they can compete and communicate more effectively in the world.  Make sure the English slang you learn is proper, or else you will spend your time learning things that will make you less valuable in the business world rather than more valuable.
How should you learn good slang?
A great way to do this is to watch the evening news from the USA.  CBS, NBC, ABC evening news programs are all available online.  If you are an advanced learner and they say some things you don't understand, chances are that it is slang.  Because it is used by respected broadcasters, it is acceptable slang.
Source: http://m.articlesbase.com/languages-articles/english-slang-be-careful-when-you-use-it-5168072.html

- Taking The Frustration Out Of Phrasal Verbs
AA: I'm Avi Arditti with Rosanne Skirble, and this week on Wordmaster -- English teacher Lida Baker joins us from Los Angeles to talk about phrasal verbs. The first word is a verb. The second word, sometimes even a third, is usually a preposition....

- Slang
By Explanation Slang necessarily involves deviation from standard language, and tends to be very popular among adolescents. To one degree or another, however, it is used in all sectors of society. Although slang does not necessarily involve neologisms...