Indian English or English in India 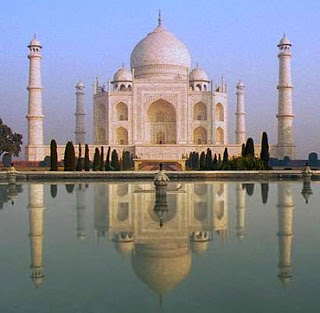 chillibreeze writer ? Dr.Roopa Nishi Viswanathan
Imagine you are an American corresponding with an Indian company. One day, you receive a mail that uses lines such as- ?You will be intimated shortly? and ends with a polite note saying ?We sincerely hope that you will do the needful at your earliest possible convenience?. Duh! Well, there is no need to panic. This is not some uneducated idiot talking to you. You are just getting a taste of colloquial English, a legacy left behind by the British who controlled India?s education system for decades. Not that the British write like that anymore, but this kind of English (It is not incorrect) often tints the writing of those educated under the old system.
Does that mean that all the weird English you sometimes come across during your communication with Indians is correct? My God! You never knew British English was so different. Now, wait. Indian English may be influenced by the British, but all the proponents of Indian English together cannot defend some grammatical errors typical to some Indian English. Some Indians group all the colloquial usages and the errors together, as ?Indian English?. But this so-called ?Indian English? is not considered correct by Indian government institutions, such as schools or courts, by eminent writers or by educated Indians who prize grammatically correct English. When you deal with an Indian company or outsource your writing jobs to good companies in India, you do not get Indian English. You get grammatically correct, standard English.
I am against the term ?Indian English?. Makes it sound as if all Indians speak incorrect English. Henceforth, in this article I will be replacing that derogatory term with ?English in India?. Same thing? Never mind. Makes me feel better.

Let us look at the origins of this ?language?. Indians speak countless languages and each of these languages has its own grammar. Accordingly, Indians from different parts of India, especially those who learnt another language before English, speak English as a translation of their own mother tongue using the same grammatical rules. See where that got some of them.

So what are some examples of the so-called Indianisms or incorrect Indian English (I mean English in India)? There are plenty.

Progressive tense in stative verbs
They might say: I am liking it very much.
Instead of: I like it very much.

Differences in noun number and determiners
They might say: She performs many charities.
Instead of: She gives away a lot in charity.

Word order variations
They might say: My all closets are empty.
Instead of: My closets are all empty.

They might say: He does this always.
Instead of: He always does this.

Answers to question content
A question ?Didn?t you take Rita to school??
May be answered with: Yes, I didn?t.
Instead of: No, I didn?t.

These are just some examples of what you might come across at times. Fine for a good laugh, but none of these are acceptable even in India.

The output of good writers of English in India match those of their counterparts from anywhere in the world. Indian writers have won accolades in the literary world, bagging such prestigious awards like the Booker prize. Bestsellers such as God of Small Things, A Suitable Boy, Satanic Verses, Train to Pakistan, An Equal Music, The Namesake and many others were penned by Indian writers. Elite and educated Indians do not speak or write the so-called Indian English. English in India may have a British hangover but by no means is it vastly different from American English or any other correct English for that matter. Of course, slang is different everywhere in the world. All speakers of English from different parts of the world have added their own flavor to the language and sometimes also speak and/or write erroneous English. For example, a Texan might say ?Howdy partner?? but in his business communication use a regular ?How are you?? instead! India is no exception. What counts is what is considered correct in books and documentation. And there, all English ? whether Indian, American, Australian or British - merge as one single entity. Grammatically correct English is always correct English.

So, if you are thinking about outsourcing your work to India or dealing with reputed Indian companies or hiring an Indian writer, you do not have to be scared of a compromise with ?Indian English?. In the world of quality writing, it does not exist.

- Grammar Pet Peeves: Who, Whom, None Is Or Are?
By Robert Lane Greene Many people think of language as a set of rules; break them, and you're Wrong. But that's not how language works. There are different degrees of wrongness, and there's not a bright line between the degrees--and many...